Ansaphone Messages Are Wounds From the Teeth of the Streets 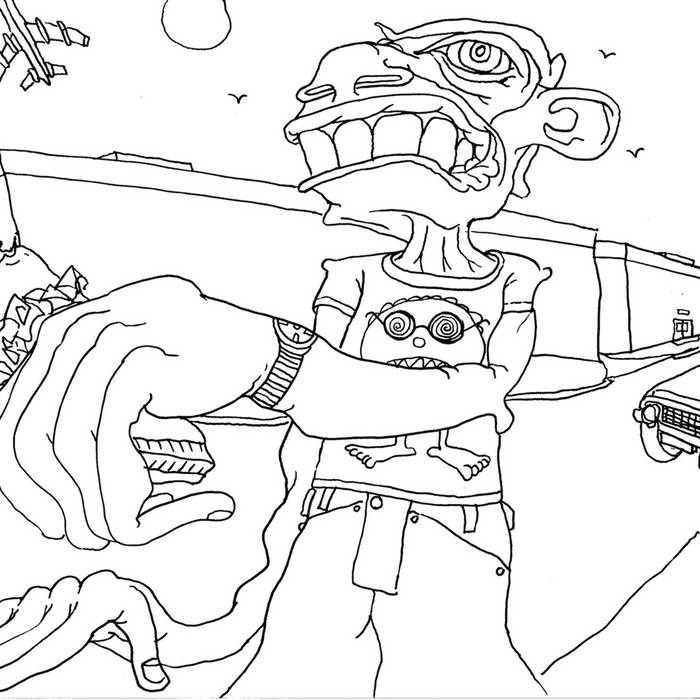 Ansaphone Messages Are Wounds From the Teeth of the Streets was released as a limited edition CDR in conjunction with TQ music zine (tqzine.blogspot.com) and N-Aut (No-Audience Underground Tapes) as an experimental album of sound art. Recorded over a period of five years this album was an exclusive CDR with TQ20 music zine for subscribers only.

Amsterdam, Bristol and Newport are the locations visited in this experimental album of found and personal audio artifacts. Death threats, aborted meetings and lost coffee shop moments all feature in this five track album of exploratory, surreal and at times unsettling sounds. Below is the piece I wrote for issue 20 of TQ music zine;

"I love Amsterdam. I first went there in the 1990s with some friends. We camped in a site across the harbor. Our main aim was to break the veil and gorge our senses with art, cannabis, fine food/drink and magick mushrooms. I was in my 20s and with wild, irresponsible abandon threw myself into a cobbled cornucopia of cascading craziness. My life while living in a squat in North London was similar though my membership of a heavy hard space rock punk grunge group called The Martians accelerated and accentuated the drive that I had engaged to seek out the truth through chemical and alchemic means. My love and fascination of sound, music and textures grew, an unstoppable force, an obstinate obsession that claw-like dug deeper at the passing of each year.

Since My Life in the Bush of Ghosts the first collaborative album by Brian Eno and David Byrne was released in February 1981, it has shown and has continued to show me the power of integrated sampled vocals and found sounds. I played this album until my stylus grew a beard. As the 80s rolled by I sort out recordings that held this aesthetic. Found sounds and the natural sounds that surround us are all part of the urban/rural jungle circus. Tiny details unexpectedly yield themselves open to us in moments captured casually. That’s the beauty of wild tracking with recording equipment; you’ll never know quite what you’ll stumble upon. And then in the playback you find a nugget or jewel that’s not just transcendent but a message from the sublime continuum of totality, yelping like a twisted prophet on a Red Bull Mountain Dew espresso bender.

This collection of tracks is special to me. I collected them over time. I had no agenda other than to collect and save these morsels so that they didn’t disappear forever. I see it as walking along the beach of time and finding the odd bit of smoothed glass that happens to be weird or silly or beautiful in some way. This small box of audio treasure was then further adorned with touches that please me. I hope it pleases you too. Loz Gill of Fat As Funk Mastering then added a lovely frame. Andy of TQ music zine and David Howcroft of N-Aut (No-Audience Underground Tapes) have found these artifacts pleasurable. Please thank them. For without them this CDR album wouldn’t now be in your hands.

Sheer Zed would like to thank; The Grey Area/Amsterdam, The Hoxton/Amsterdam, EasyJet, Robert from Birmingham, PC Liam, Sharon, GWR and its appallingly delayed train service and finally and by no means least Andy at TQ music zine and David Howcroft of N-Aut (No-Audience Underground Tapes) for releasing the CDR physical format of this album.

This is the first officially released album by the artist Sheer Zed on Bandcamp. It is the third release outside of his non-exclusive and non-binding contract with the net label (SZR) Music, which has released Sheer Zed's music for the last 18 years.

Bandcamp Daily  your guide to the world of Bandcamp

Featured sounds from Fly Lo and Ahmed Idris, plus Mother Nature hops on to drop off new project